Where would we be without these two? 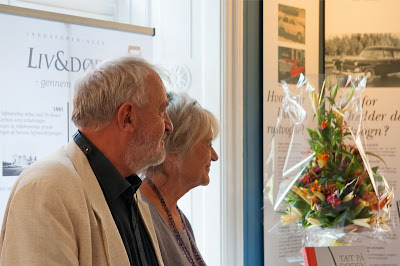 Yesterday Marianne Harboe and Hans Dal received the Liv&Død-prisen, the award given by the Life&Death Society to a person or persons who have made a special effort to break the taboo of death, and the choice of the society this year could hardly have been more appropriate. If two people have changed the circumstances for the patients and their families on the Danish hospices, they are Marianne and Hans. 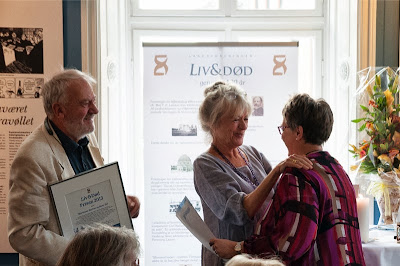 They have initiated and eventually organized a now nationwide society of volunteers at the Danish hospices. But Marianne and Hans are virtually serial entrepreneurs, so whenever one project has achieved a life of its own, they embark on the next. Of which is not least the "Artists in Hospice" where artists of all genres - singers, actors, storytellers - volunteer their art and time for the patients and their close ones. Last year they published the anthology Tæt på døden - Tæt på livet ("close to death - close to life") on the future wishes, discussions and special moments on volunteering at a hospice.

In short, they have created, added art and music to and provided professional tools for hospice volunteering. 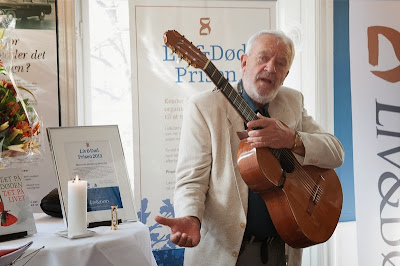 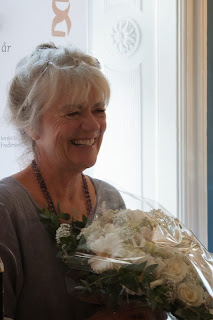 The work Marianne and Hans has done is all the more precious for being a voice for the value of the now, that we live right now however poorly we may be. A voice for the zest for life that is the intensity of a hospice. In our daily lives we are constantly being told to "get on with life", sickness and death must be forgotten, but where are we going if we are only "going on" - to where and why should we even be going at all, if we are just constantly running away?

A hospice is a place whose assistance we dread to be in need of, and yet it is the complexity of the place that once inside one realizes they embody one of the strongest fights we can ever undertake: That very zest for life. To which is added the unconditional love when all restraint was left at the entrance. I have been wondering how to explain the zest, how to put that struggle into words and the one that gets me every time is the duet between Violetta and Alfredo in Verdi's La Traviata: "Parigi, o caro" - the insistence on survival. The body and minds knows only too well and yet every little moment when there is no pain can be likened to a resurrection, the joy is no less, now we can overcome it all: la tua salute rifiorirà!

The clip below was sung by Christine Schäfer and Jonas Kaufmann in Paris 2007, one of the years my family spent at a hospice. To my mind it is one of the best recordings in later years, the drama is not just played out onstage, but within their voices:


Congratulations to Marianne and Hans! And thank for you that all you do for us.

All photos courtesy of Niels Larsen.