"If Graffiti changed anything - it would be illegal"


"But it isn't me, I have not done any of it, I have not posted any videos!" the Egyptian street artist Alaa Awad exclaimed last month when he was in Copenhagen. I was trying to dissect the impact of street art and he was so much of a classical artist to underline that he just does what he does best, and yet he deliberately travelled to Cairo to take part in the protests bringing his paint brushes.

Graffiti is a means a conquering the public space by breaking the plane of the walls of those who built them, walls that were meant to shut out the public word. As such graffiti one is one of the oldest ways of communicating, but what made it different this time were the social media. The very situation of tagging a wall was filmed as was the tag itself and immediately shared by a public that may not as yet have set foot on the actual street of the tagging.

Then there are those artists who recognize that a large number of the population, in this instance in Tunisia, is too poor to be online and the artists reversed the action by bringing graffiti back to the streets.

And so, on the morning of April 10, this year, we were waiting for news from Tunisia.

The Graffiti-duo of Zwewla, Oussama Bouagila and Chahine Berriche were facing trial and a possible sentence of up to five years in jail. The verdict had been postponed for months, but on this morning the situation was finally solved. The news spread very early in the morning that they had both been acquitted.

But the acquittal had by no means been a given. They were tried for trespassing on the walls, violating the state of emergency and making false news that could upset the public order - all in all the old classics when trying to silence inconvenient voices for the one or those in authority. Which is not meant to be taken lightly. It is in a word an accusation of having been present, such as the young men were that we see as stenciled icons on the wall below: 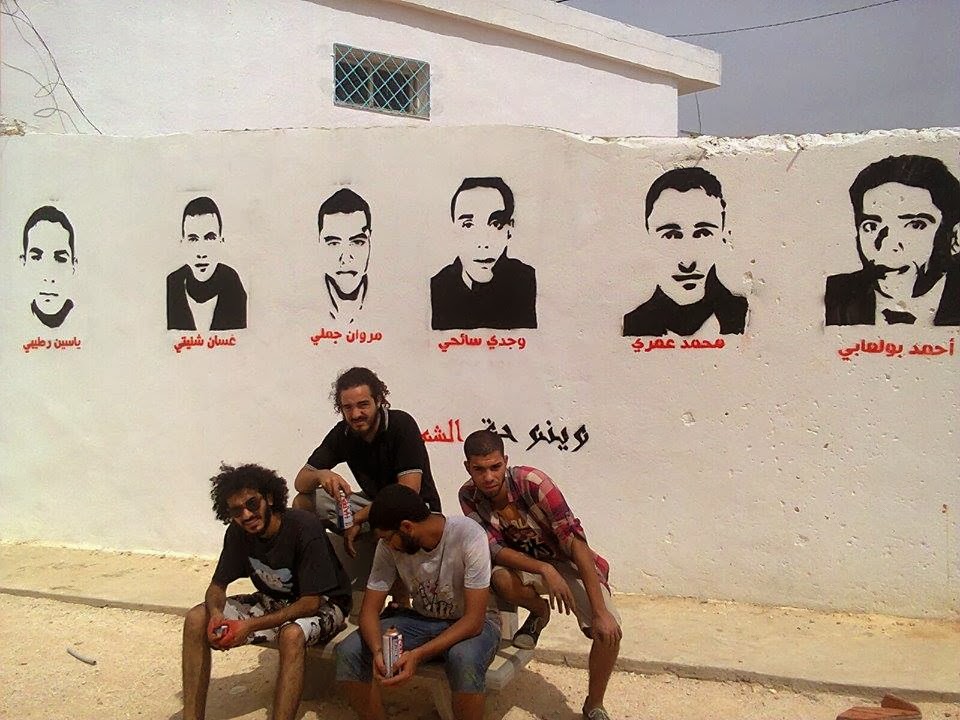 The young dead now remain present, constantly trespassing new walls as an act of defiance by the graffiti artists of which Oussama Bouagila speaks in the video below along with Nadia Khiari, who unfolds the waterfalls of words that was a result of the revolution in January 2011. The words that everyone had been holding back for too long why it is impossible to go back now - and is that Willis, le vrai, on the stairs? - while Willis himself is to be seen on the wall of the next interview and when it comes to the rapper, Weld de 15, who was sentenced to 6 months in jail, we see cuttings from the video that brought on his sentence, filmed on a background of graffiti:


Their battle is by no means over. The blogger Jabeur Meiri is for one jailed for exercising his rights of free speech and then there is the right to declare the existence of poverty, unemployment and social injustice that Zwewla addresses and which was the actual reason for bringing them to trial. The video takes us to the place we see below. The revolution did not take place in all corners of the country, so Zwewla brings the scene of the social media back to those without:

The centre of focus is the collected imagery of the revolution. For once directly from the streets, but of course carefully chosen such as the elderly woman with a stone in hand posing for the photographer, telling us the revolution is and was for all the people: 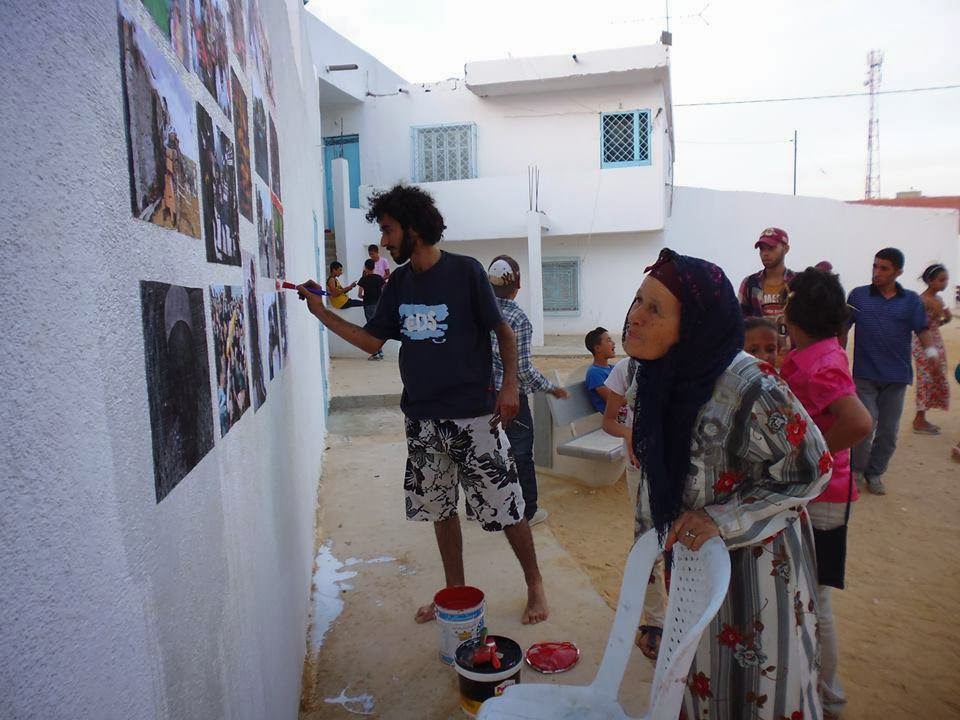 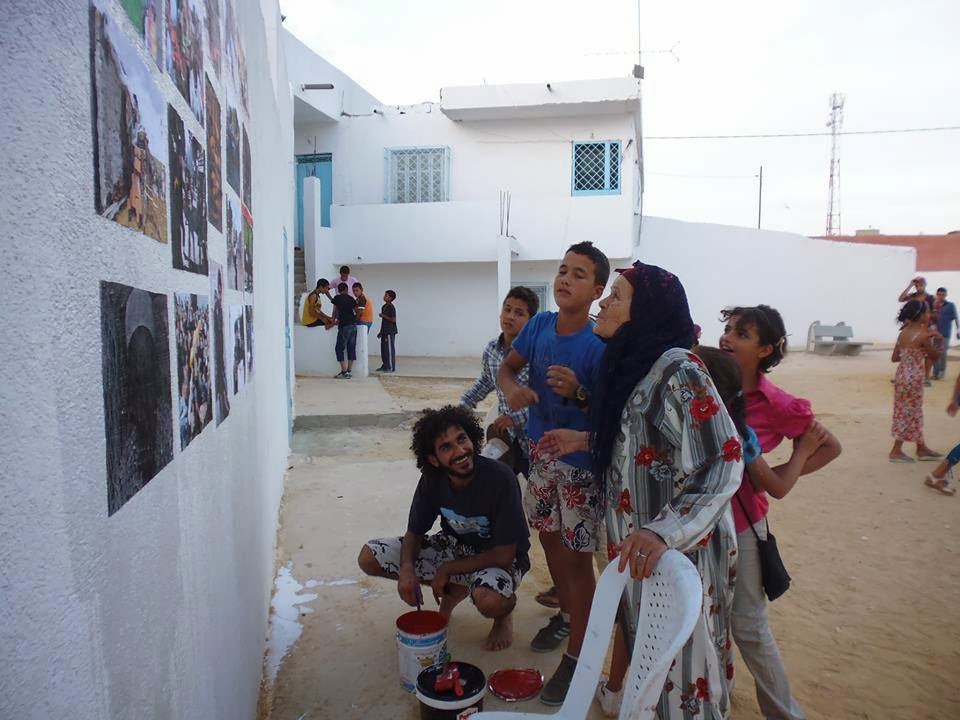 Zwewla means miserable in Arabic, using the Z of Zorro, the hero that incises his victims with his insignia marking that revenge has taken place and world order is restored. The Z of Zwewla is even sharper, pulled at the corners and with a splotch of red underneath. In this case a cascade of colour bombing and the stenciled megaphone signifying that the wall has been conquered by free speech. 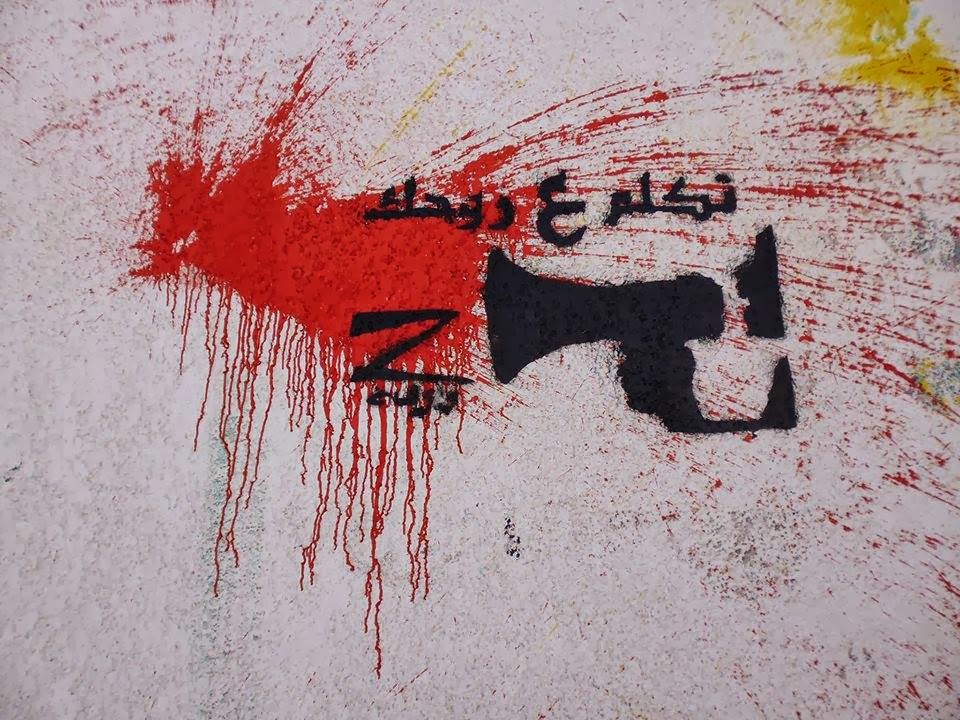 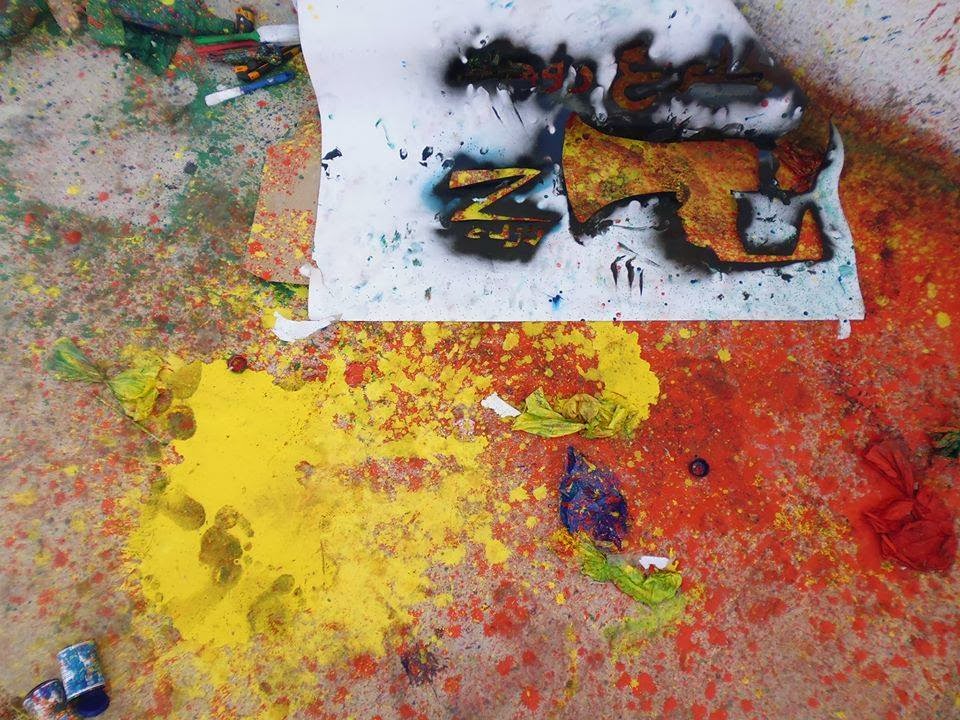 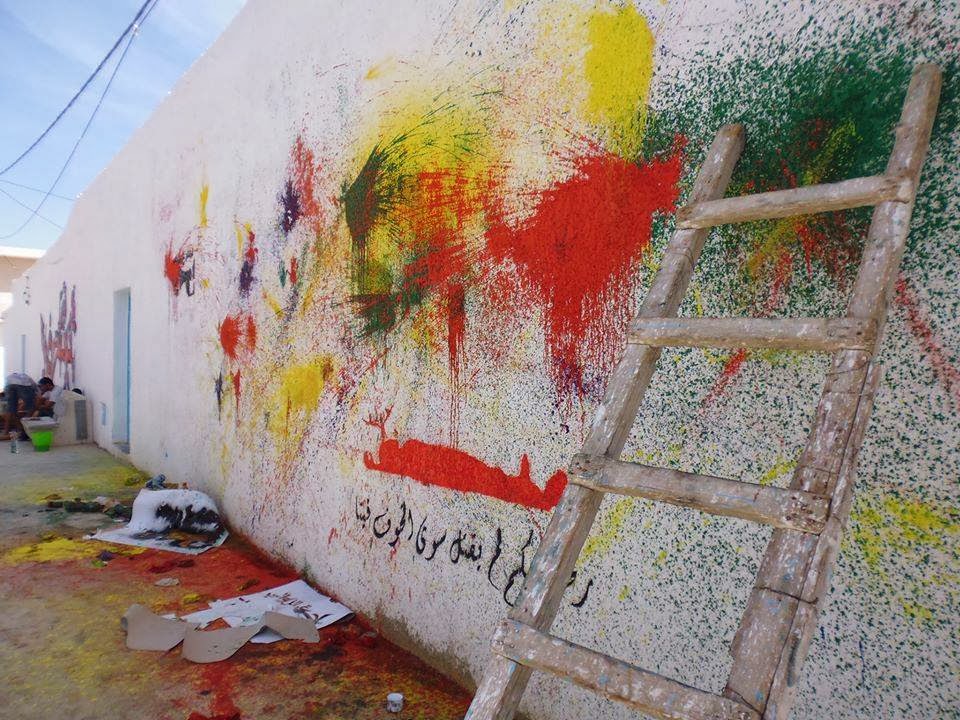 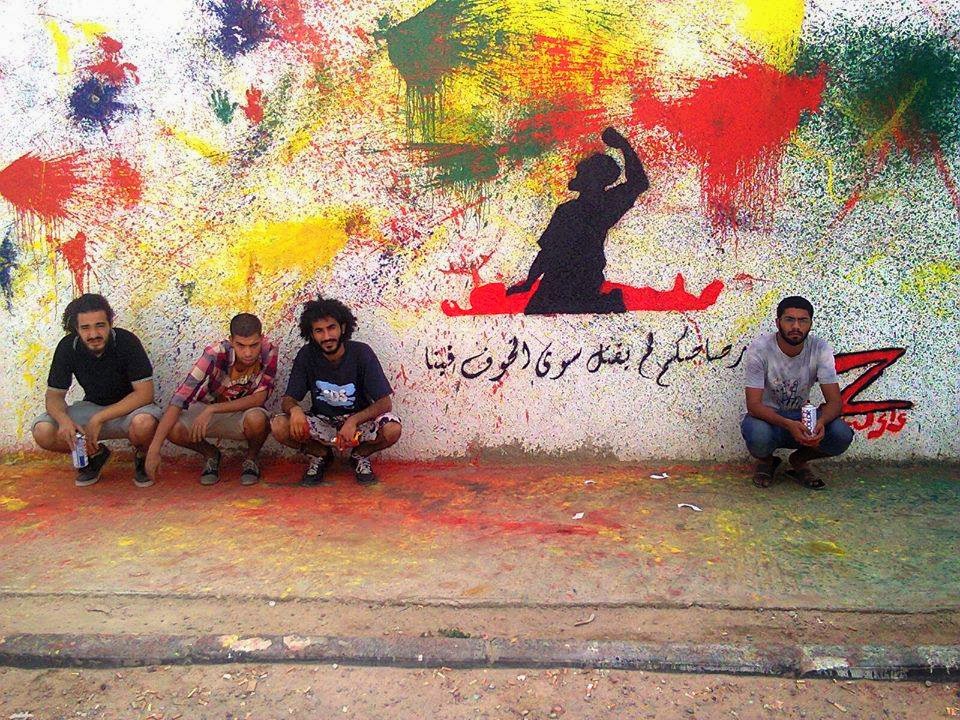 All photos courtesy of Zwewla.