Only for the chosen few 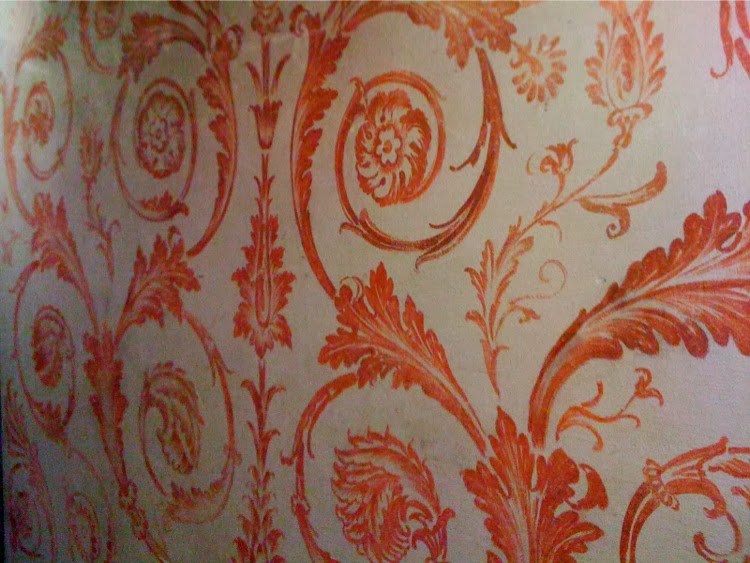 Imagine to have one's own castle with an intimate passageway downstairs of swirling brocade leading to a den of sin.

The passageway and the den very much exist, albeit the castle is of the size of a villa. Built in 1921 on Solsortvej 68 at Frederiksberg in Copenhagen, it takes a strong individual to dare live in it, which is the very best thing about this: The villa has so obviously been enjoyed as it was intended.

The acanthus leaves on the walls were painted by Valdemar Andersen as a means to disguise the doors along the passageway. They are after all leading to the utility rooms, all too practical for the handful of gentlemen back then, who probably did not even know where to find the kitchen in their own homes (as the story goes - "somewhere in that direction is it?") and in the mood for playing a game of pool -  snooker or pool, I have no idea, let's just call it pool - while smoking cigars.

We will get to the gentlemen and their cigars in the next blogpost, right now let's take a closer look at a rather monumental decoration and yet made to be seen by just the chosen few: 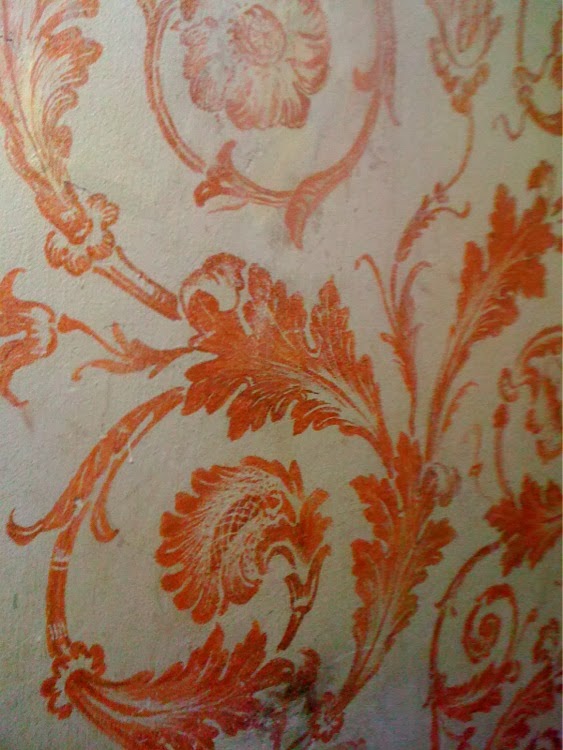 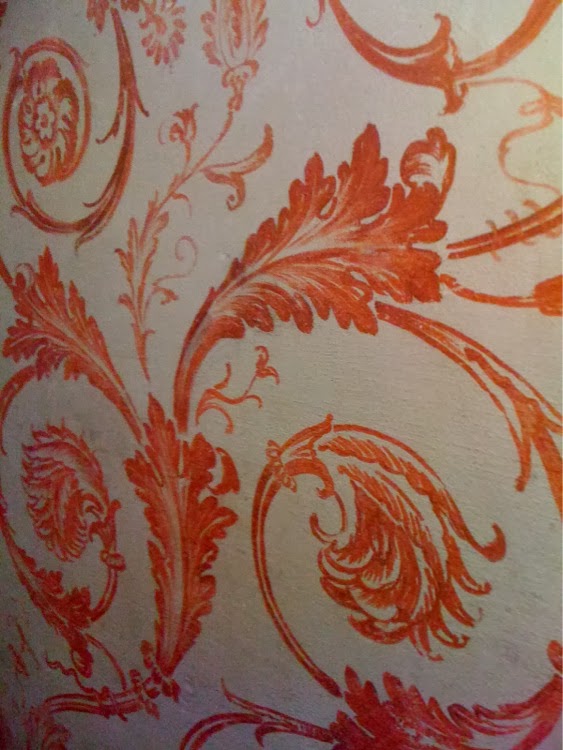 A flash of bright orange and on a large scale, laid out in wide open swirls much more so than their renaissance archetypes. Which was fully intended just like Valdemar's modern takes on imitated marble on doors and staircases, never meant to be imitations. They are an artist's interpretation of a motif that have been translated into art for thousands of years before him and yet this one has never been seen before. It was not intended to look original in any historic sense, but original in its own time and at this very place. 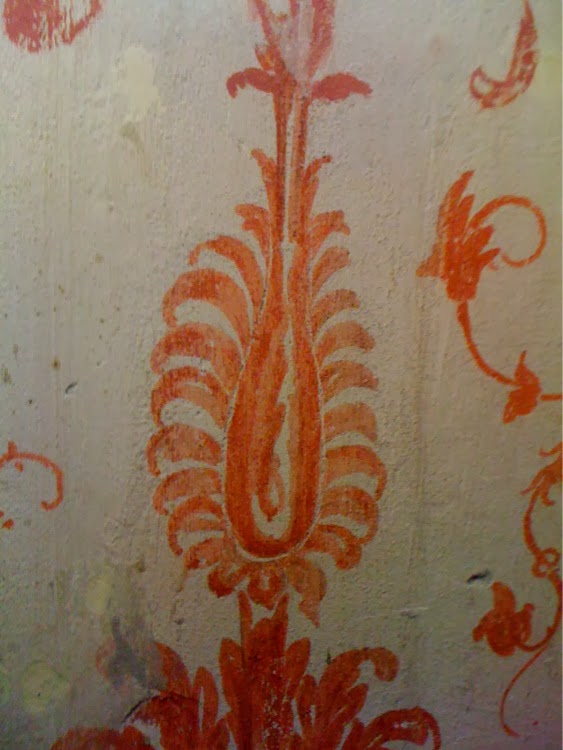 Valdemar has painted directly on the walls. There are traces of a pencil laying out the general pattern, but from there he painted freely, letting the extra paint on the brush create an emphasis here or he has hesitated for an instant there creating a splotch in the middle of a thin line. Some places he has added another flower or a flourish to keep the rhythm of the overall playfulness as if the walls are sprouting new buds before us.

Drawing is where we meet the artist in his housecoat as Hans Bendix declared. This is as close as we can get to the working process of this particular artist. 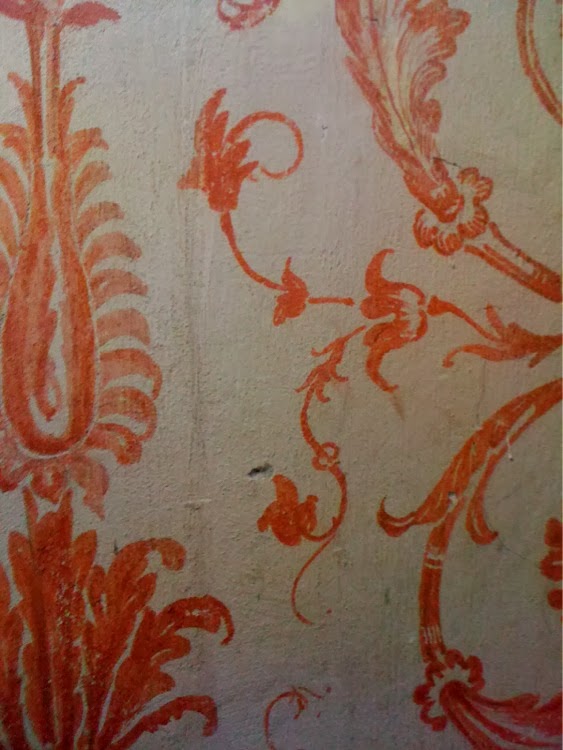 It is a curious fact that the artists who work in the smallest scale, the cartoonists, seamlessly switch to the monumental format. Hence also the direct link to the street artists of today, both are able to convert an idea to the plane in an instance, sensing the graphic totalities whether it is the page of the news paper or an entire room - in this case a room not even a room in itself, but a grasp to disguise, to lead the way and set the mood all in one. 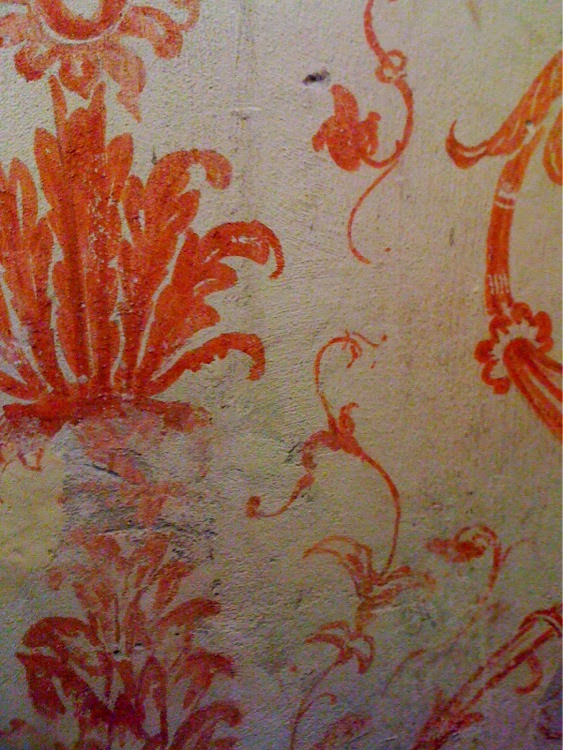 These decorations alone create a story that takes the villa from being any other villa to a very literal personal castle. Few can boast of having one.

Our parting photo is overexposed, but is here to show the scale of the swirls: 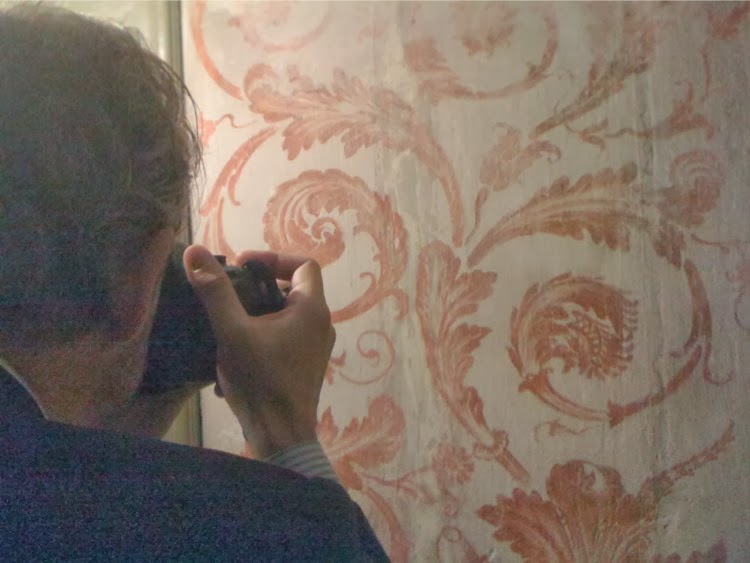 All photos were taken by me.


ETA: On May 1, 2014 the decoration was destroyed, when a new owner took possession of the house.