In support of Charlie Hebdo


This was published within the hour of the attack on Charlie Hebdo. If the cartoon triggered anything, then here it is:


ETA: It has been confirmed that Honoré are among the murdered.

Concerning the cartoon above, however, it has been speculated whether it was actually by him or the work of hackers? The cartoon might work both ways. It could be the malicious answer directed at cartoonists being murdered at that very minute. It could on the other hand be a rather teasing move on the side of Charlie Hebdo as if they were on best of terms with a major opponent.

At this time we cannot know, but it was preceded by a cartoon from this week by Charb in which it is written "Still no attacks in France" to which the protagonist shouts out. "Wait! We have until the end of January to extend our wishes": 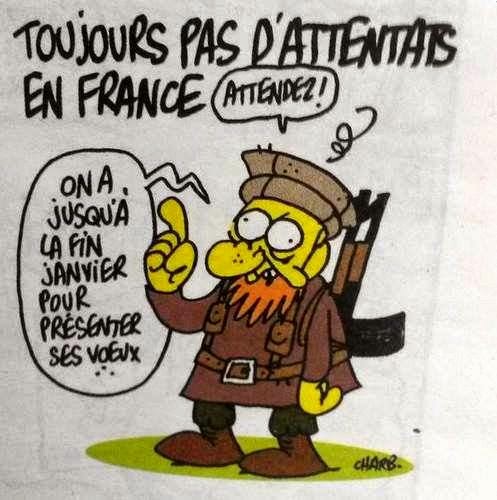