"What can I possibly draw?"

When I first saw the Postcard above, Henry Tonks sprung to mind. The surgeon-turned-artist-and-then-surgeon-once-again, when World War 1 was a reality. He recorded the shattered faces of the soldiers and the attempts to recreate them, so that they could once again pass as humans. 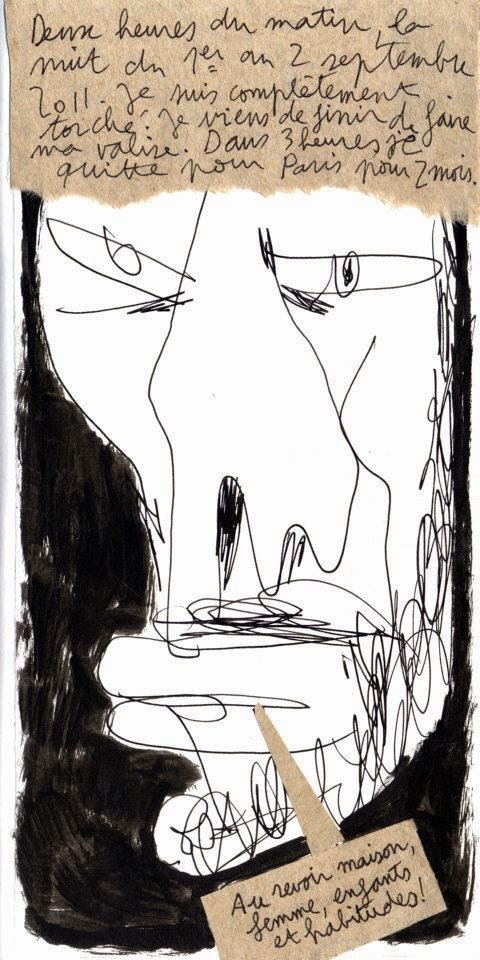 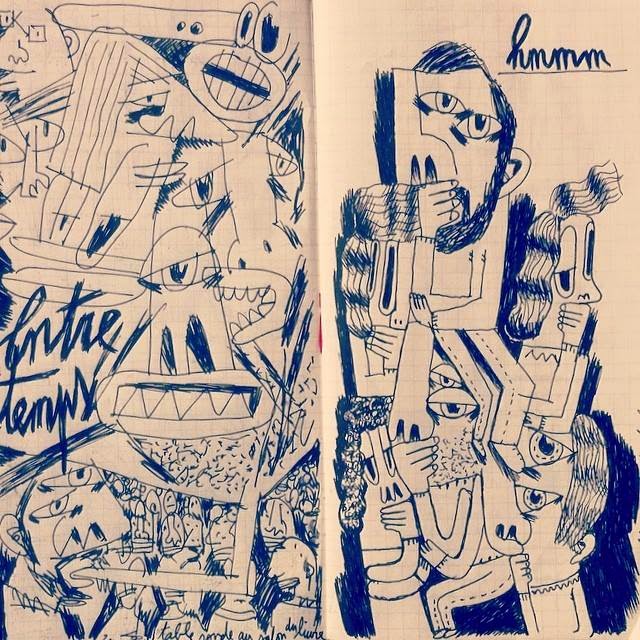 And yet, the war could never be wiped off of them; there was no going back to normality. What is it after all, normality. It is a strange notion. We strive for Order that turns out to have no affinity with reality and as such has its beauty. Tragedies were written for that very purpose. With heroes doing the right thing according to the ideal aristotelian binarism of good and bad.

And then there is the comedy, based on our daily lives. Altogether base through and through and certainly without heroes, but they have protagonists, in this case the artist himself: Mazen Kerbaj; that unique being who makes anything into art, be it visually or of sound that he touches.

He has indeed the format of an exemplary protagonist, taking a step back to reflect, drawing all along, such as when it is time to say Goodbye Habits (September 19, 2011) before departing for two months to Paris, or the Souvenir From Two Forgotten Moments (February 15, 2014). To this end he makes use of the complete surface, in fact anything may be turned into a surface, onto which he unfolds choises to be made, or avoid being made, half-thoughts, ideas, worries and wonderings, letting the to-and-fros grow with sudden turns sometimes almost finishing a motif, before its contours grow into seven others.

The picture plane is each time an orchestrated unfolding into space of what he is telling us through the line, transforming the picture plane into time in a physical sense for the spectator to take in. Each drawing actually demands time from us and if it sounds familiar in a Proustian way, then yes, they are colleagues with Bergson lurking somewhere behind the dynamics of the duration of time and space.

And the tales each drawing tells us is a reflection on how to encompass existence, focusing on how we structure life, and with it our cities and societies that for better or worse are built on humans:

Striving to encompass the many claims, the noises, the buildings cutting through, knives cutting through too, the roads dividing lives and always that plane, that way out. The more we look, the more cutting the critique of the organization of life, made possible by the artist standing back, uncovering it all layer by layer:

The artworks shown are courtesy of Mazen Kerbaj and must not be reproduced without his permission.