Movement and Its Opposites 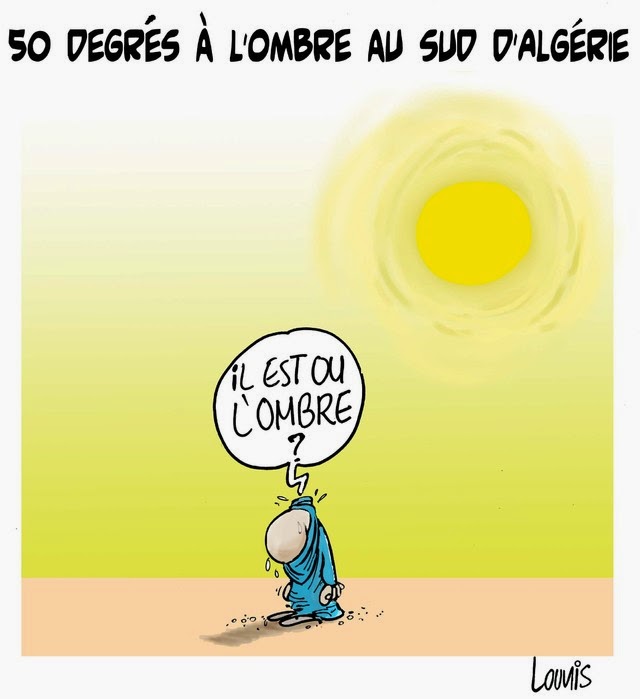 The Algerian cartooning background of Djamel Lounis is instantly recognizable for its roots in Belgian/French 20th century postwar comic strips. A rounded contour with no fear of speaking in as clear a voice as the quality of the contour. All the more outspoken in leaving most of the paper in a void. All is said with the one person or the clash between the two of them that no more is needed. Even a comment on the weather turns into a menacing question. 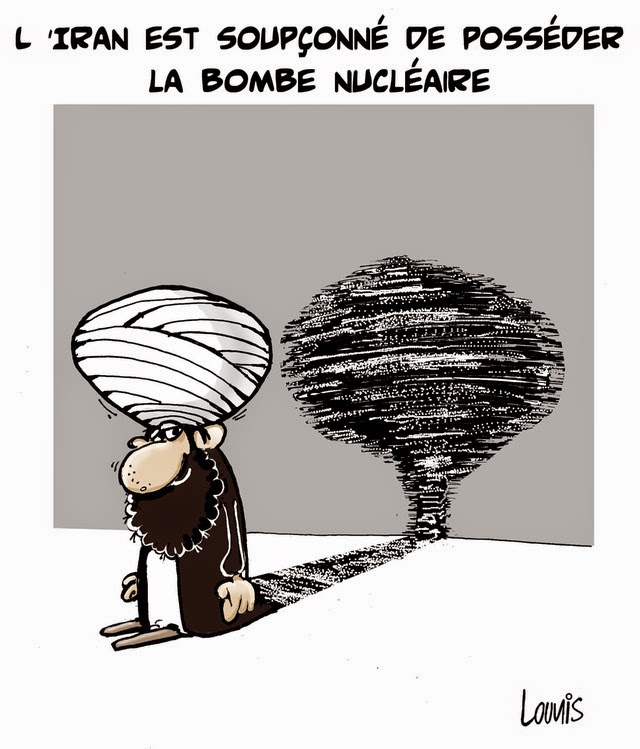 Djamel Lounis,
Iran is thought to be in possession of the nuclear bomb,
November 19, 2011

All the more menacing in a society in which the authorities do not even see the need for an exclamation mark, while denying the citizens their rights:

Djamel Lounis' take on the IS in recent days is particularly poignant for using the traditional setting of a cartoon, in which two persons meet and battle out their positions. In this case the movement of freedom is taken to a full stop by being nailed to the ground by the sheer violent party. Stabbed in the back as it happens.

And on talking of backstabbing, when a flag is this frayed, it is about time it was burned. They are disrespectful to the very thing they claim to worship....


The freedom of movement in his country, mentally as well as physically, is inescapably the central theme too in the self-portrait of the artist. Always the promise and as always only the reality of waiting:

The cartoons shown are courtesy of Djamel Lounis and must not be reproduced without his permission.