Do you remember the children of Ard El Lwa, who had their portraits made by the Brigades Mona Lisa as a means of empowering them? Murals giving them a presence larger than life, with which they were to be confronted every day, inspiring them to dream and dare.


The wall was created as part of the second stage of the Ard El Lwa-project in collaboration with the British Council. The parents of the children, the owners of the houses in question as well as the local shopkeepers were all approached beforehand and approved of the intended goals. And yet.

One could call it a proof of the presence of the portraits, since there were complaints that they demanded too much interest to those en route to prayer on Fridays. As a means to meet half-way, the portraits were covered each Friday, only to realize that once there, the covers remained. They became the first excuse to have the walls painted over altogether. The adversaries of the project made it a question of who had agreed to what and wether they were keeping their word or not as a way to confuse their actual intention. Yet they inadvertently blurted it out: Drawing is haram.

When talking of portraits, presence and their removal, we lost the decorations by Valdemar Andersen at Solsortvej 68 this month here in Copenhagen, when a new owner took the villa into possession. We tried everything, the question of the decorations were laid on all desks with the authority to make a change. They were even used as an prototype for future decisions, but to no avail. An interior decoration cannot be listed on its own, and even if we were met with much understanding, the bending or changing of the guidelines would imply funding, since the new owner would be entitled to apply for assistance to have them conserved.

In a way the removal rings true to the horizon of the new owner. This is now a house where snooker no longer is played, nor are the guests greeted by the greatest of gods. Even if it was a monumental scale decoration on private hands, this was not a decoration for the private life. It reached out to those, who entered. At least one of the neighbours were portrayed downstairs playing snooker.  The villa was a town within town welcoming artists, researchers and adventurers, all experimenting in life. They are all gone. Now, it is a white-washed "me, me, me"-house.


We have no photos from inside Solsortvej 68 today, nor are there any reason to. They are exactly in the state of the walls of Ard El Lwa.

In both instances the walls are not just blind, they are blinded.


The two cases may seem very different, the negligence and the active opposition, but ultimately they are both about the personal insistence, proving to be in the right by letting a deliberate act of obliteration take place.

So maybe we can take it a step further. The arthistorian W.J.T. Mitchell once wrote on iconoclasm, the insistence on having all imagery removed and destroyed. He made the point that iconoclasm is as old as idolatry, in fact idolatry and iconoclasm are two of the same kind.

Iconoclasm is just the overturning of a rival, a removal of those, who came before. With the claim that it is a return to a primitive faith, the religion of the first human creatures before the "perversion" or the "fall", always understood as a fall into idolatry.


As Mitchell continues, the iconoclast claims that he worships no images of any sort, but when pressed, he will admit to the fundamentally different claim that his images are purer or truer than those of mere idolaters. 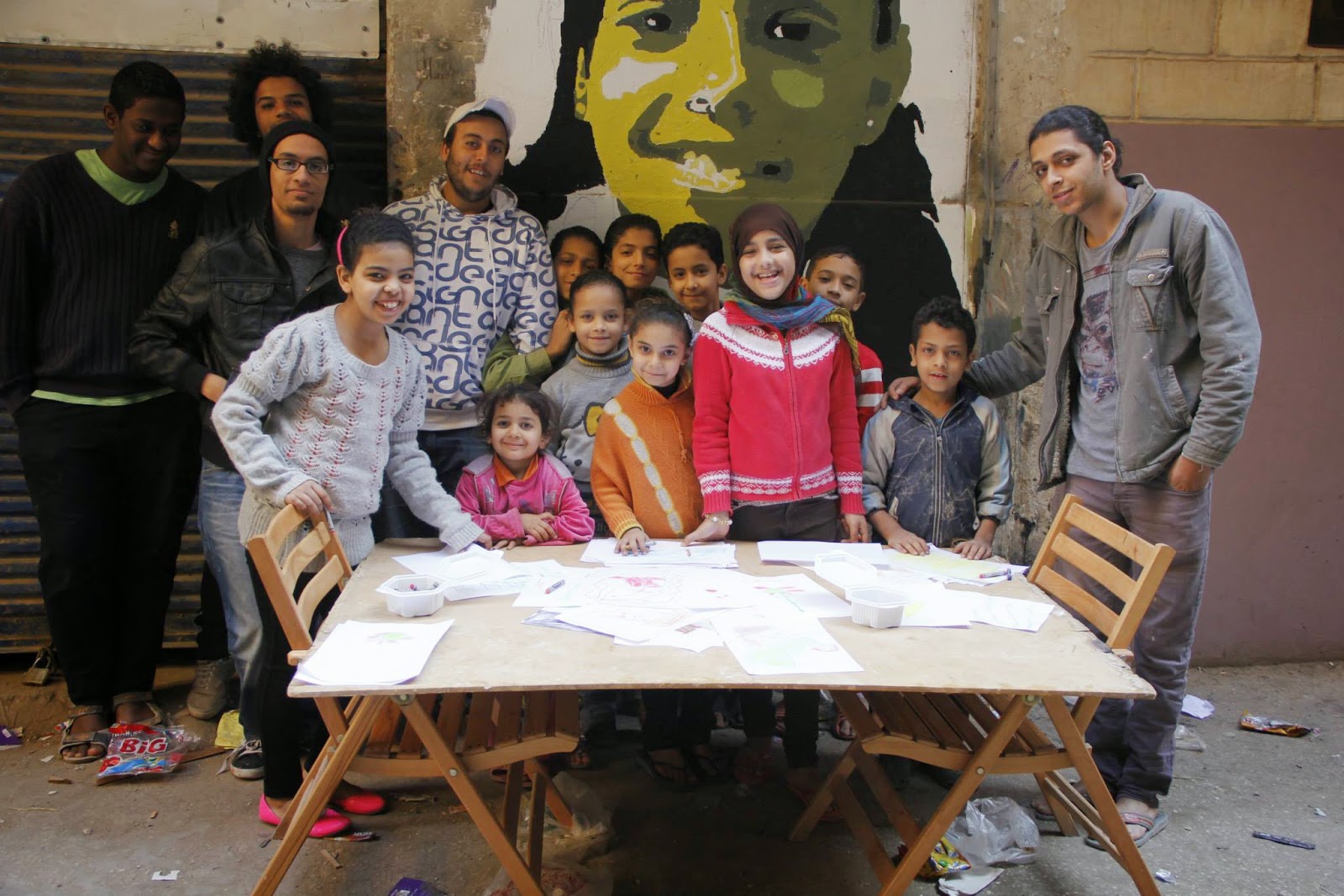 It may seem a cheap trick to show the before and after in Ard El Lwa, the difference between the childrens' smiles and the abusing of them, but this is the very result of the self-sanctioned idolater.

Solsortvej 68 has gone from being THIS house to being just ANY house. It was the last remaining decoration of a richly decorated neighbourhood. Fuglebakkekvarteret has actively obliterated its past and succesfully so.

In Ard El Lwa the children are still children. What does it mean to them that their faces are removed as part of someone claiming to have a higher cause at hand than the children themselves?