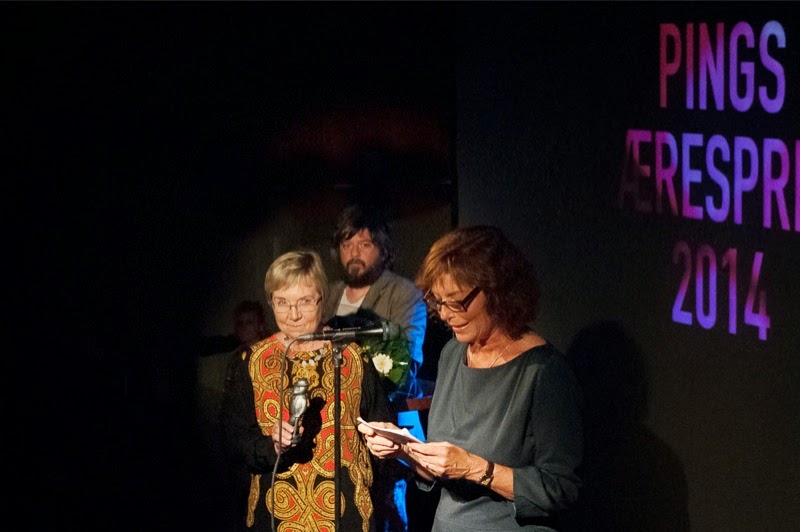 Gaffer tape and a bucket. The essentials for drawing were uncovered last night at the Ping Awards 2014, celebrating the best of comics in Denmark. The tape is of course to tie oneself to the chair in order to get the drawing done. The bucket is the bonus to throw up in afterwards, embarassed at the threadbare humor.

The essentials were unfolded by Nikoline Werdelin, when she received this year's honorary Ping Award. In the 1980's she nailed the times in the four-frame comics format, went on to write drama and returned to create short stories in the comics format, which each time zoomed in on the vulnerability, hopefulness and pain of human interaction. My personal favorite is still the one on four octogenarians running off from their retirement home, tired of being treated as children, to embark on a new life in Sweden, almost getting caught at the bridge, when forgetting that Sweden abandoned left-hand driving in 1967. And now we shall eventually see what her next chapter in comics will be. Last night she visually constituted one third of a Trinity on Danish Comics along with the host of the evening, Anders Lund Madsen, and our Minister of Culture, Marianne Jelved, presenting the Ping statuette. 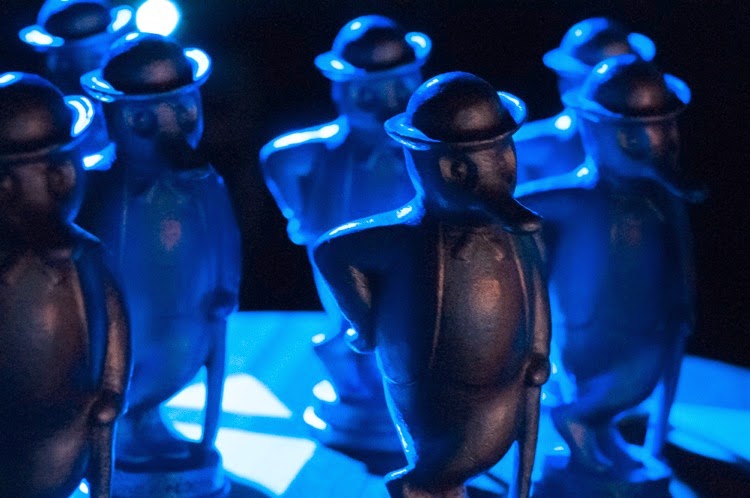 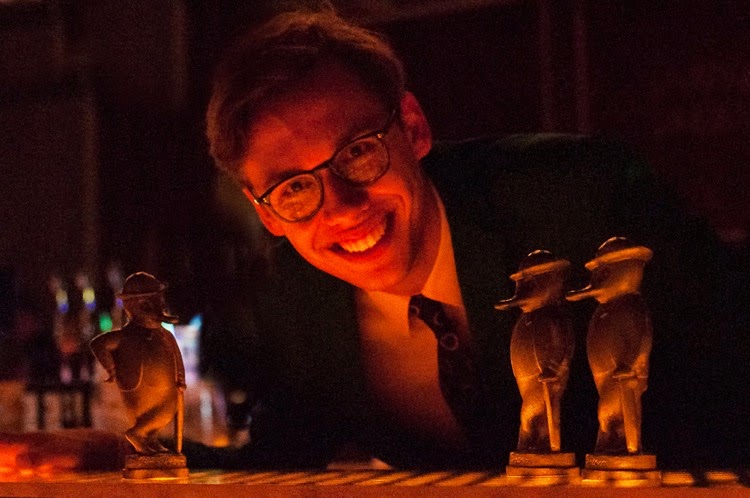 Co-host and co-organizer, Felix Rothstein, in between the statuettes. Three of them since this is the third year running of the Ping Awards. 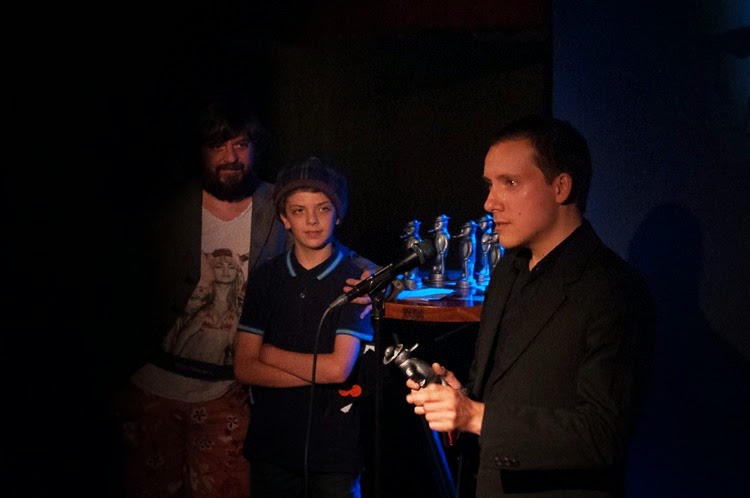 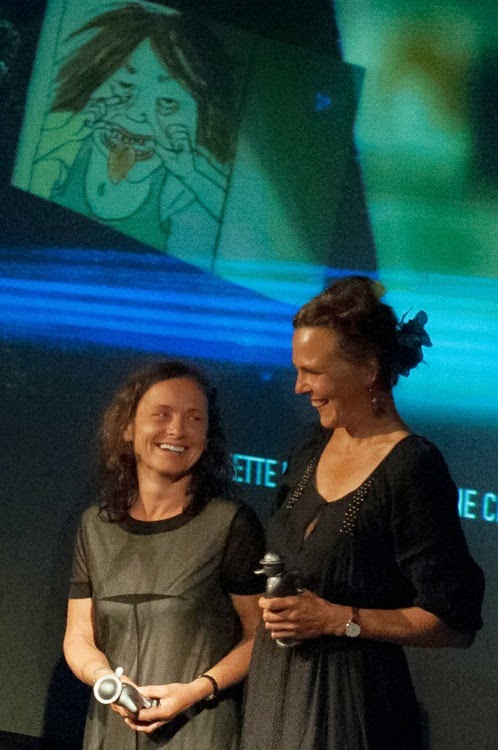 Annette Herzog and Katrine Clante are seen below a page from their winning album Psst! in the category for children/the young...

An evening of joy and quick wit - is it true as it was stated that there is no such thing as a malicious comics artist? - in a concert hall crowded with comics artists, publishers, journalists and - cartoonists. For the first time an award was dedicated to a cartoonist. Apparently not to the delight of everyone, but presumably a matter of getting used to the idea. Nikoline Werdelin for one is a genuine example of transcending both fields in all she has created.

Last night Philip Ytournel was the first recipient of the Ping Award for cartoonist of the year, with a special mention of his 8-pages album on Kierkegaard. It was printed as a special section in the daily paper, and so spoken of in the weeks that followed that we for one had people who came by just to see it. Ours is quite worn, and beautifully so in the way the paper of a newspaper does, but please, please to all publishers out there: May it be printed as an (albeit slim, but visually dense) book soon! 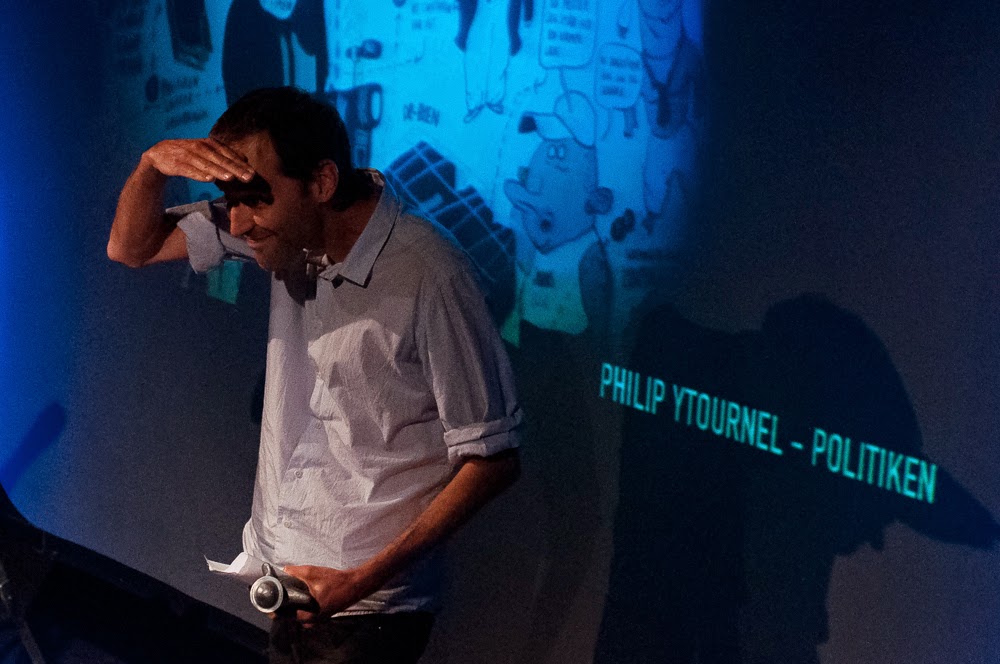 All photos by Niels Larsen. His name must be mentioned, if the photos are reproduced.