Layer upon Layer of Memories 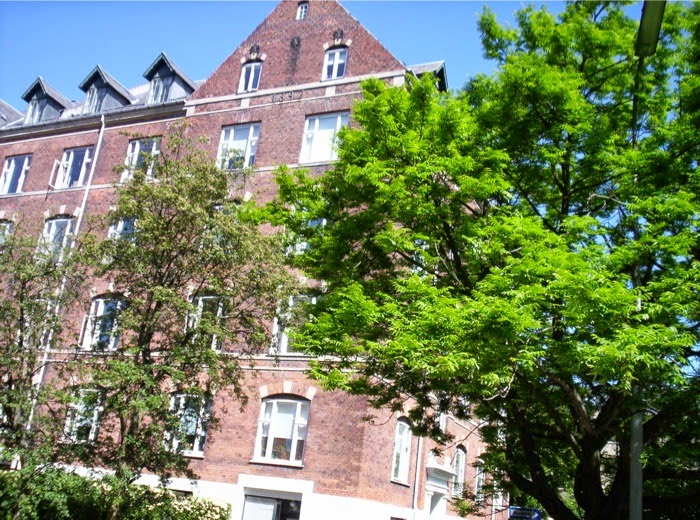 Sirens are one of the most physically laden sounds a society has to offer. From roof to roof they form a connecting pattern to the extent that we HEAR the expanse of the city. They are a proof of our vulnerability and they hurt when they sound.

While the sirens have just had their annual test run and will hopefully will not be heard until next May in Copenhagen, it is a rather befitting occasion to drop by the house in which Valdemar Andersen used to live. He shared a home with his Juliane, their son Ib and the latter's half-brother Povl in the attic of Nr. 16 at Maglekildevej at Frederiksberg. Frederiksberg is an independent constituency within central Copenhagen.

The year written on the wall: 1897 tells us about a new district anno 1900 whereto artists and the bourgeoisie alike moved in while dance pavilions, theaters and cafées kept popping up in next to every street. I grew up a few hundred meters further down the Frederiksberg Avenue, where the city's first movie theater was once be found while my school once housed a brothel.

The district is no longer new. It is now a well-founded community within the larger city to an extent, that the building complex Alléparken from the 1950s right opposite no. 16 resembles a bright scar that cuts through Frederiksberg Avenue when looking up Maglekildevej on Google Earth. 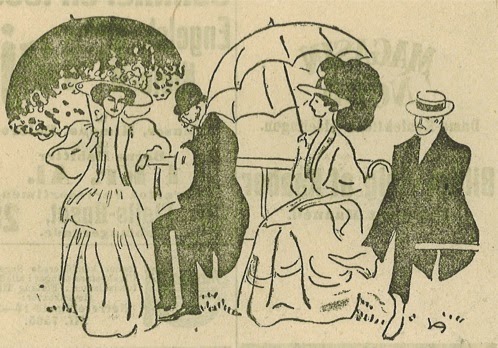 Maglekildevej has a special air to it of being a quiet and sunny street still all there from around 1897 and yet fractured between then and now due to an event, which became a shared memory in Copenhagen. Ask anyone and they have a story to tell from March 21, 1945 when the French school opposite No. 16 was bombed.

Valdemar's home is the only house still standing from his own time. All other buildings either took a direct bomb hit or were caught in the wave of fire that followed. But No. 16 rises with an almost iconic sloping corner at each photo from that fatal day, when all were running in to help, dig out the dead children, climbing across and helping the wounded through the flames - and the sense of the chaotic, thundering noise to be seen even in the photos. 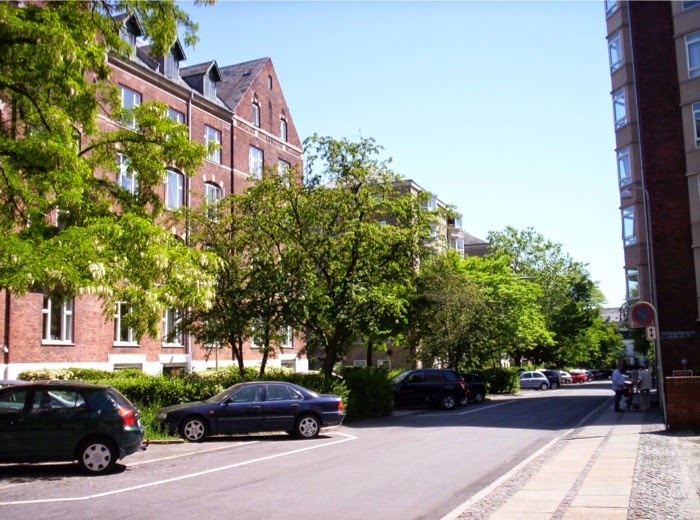 No. 16 was bruised. On the photos from the summer of 1945 the outer wall is supported by boards while everyone was taking a deep breath before plunging into the discussion whether to rebuild Maglekildevej. Would it be immoral to build atop a place where so many children had been killed? By then Valdemar and Juliane were no longer around. Valdemar had died in 1928 and Juliane moved to Fredensborg. Ib was in Fredensborg too, while Povl was on the other side of the world, by then a naturalized Brazilian.

But their house is still here to the inspiration of new generations of children in the Alléparken that resulted. No. 16 has a round window in which a goblin is said to be living. Naturally!