"Why pinch when u can punch?" 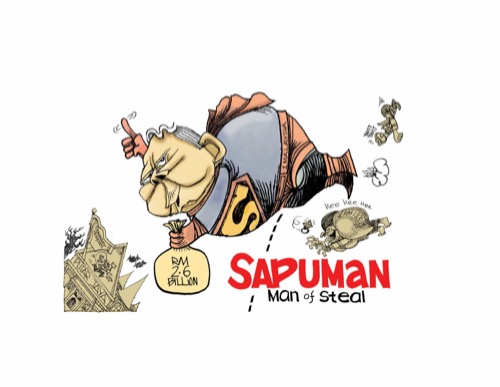 When the Malaysian authorities closes an exhibition under the pretense that it is undermining the state, why then it is high time for us all to taker a closer look on the "crime".

This time in the rest of the world.

So grab a good cup of tea or coffee, sink into your preferred corner of the world where you may be undisturbed and indulge in the universe of Zunar.

His cartoons consist by now of many layers of symbols on how Malaysia is run and his audience expects to find every single one of them in each cartoon.

While you browse the exhibition below in your preferred pace uninterrupted by my words, let us just recap the protagonists: the heavily nostriled Prime Minister Najib and his big bag of unlawfully grappled money, pushed forward in his enterprises by his wife of big black hair and a ginormous diamond ring. The police officer that has charged Zunar for tweeting is constantly tweeting and the WCM represents as far as I know the press licking up anything they are told.

And then there is the Rakyat, the people.

Only fragments of the hints are possible for us to grasp, but the tale is unmistakable and the beauty of Zunar's cartoons are beyond question. The greed of the protagonists is undressed in all its ugly nakedness before us and yet the more ridiculous the more alarming they prove to be. The mountainous double shadow of a judge or my favorite, the mosquito pretending to rub the back of the people, while filling its own belly.

Every cartoon is an economical transaction, the protagonists' preferred kind of dialogue. Zunar constantly plays on words with a special eye for twisting a letter or meaning across languages, such as the man of steal above.

But now it is time for me to keep quiet: 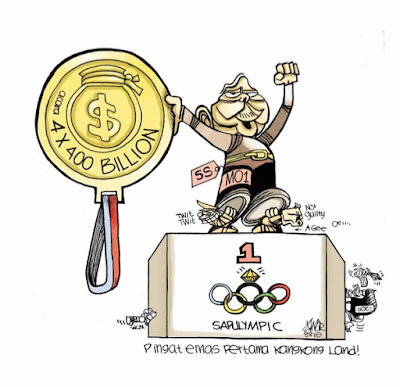 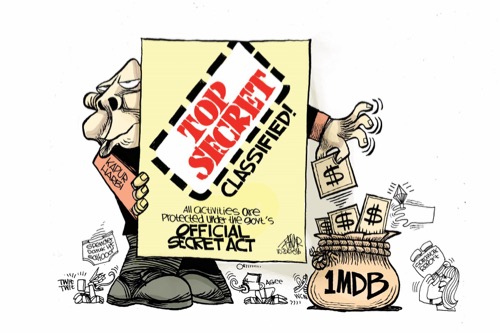 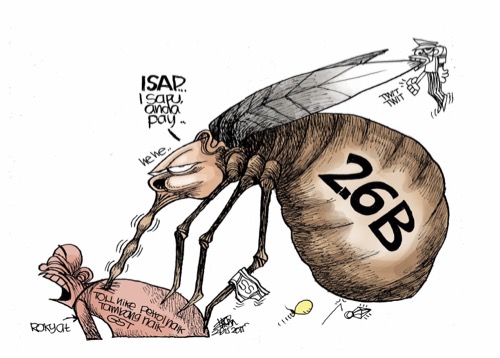 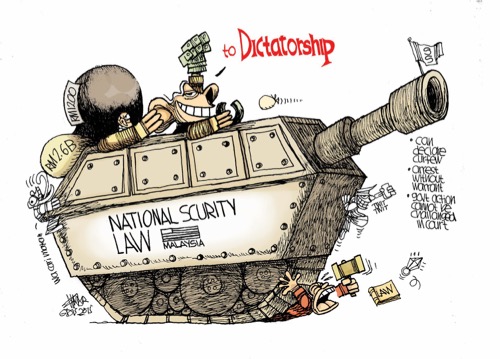 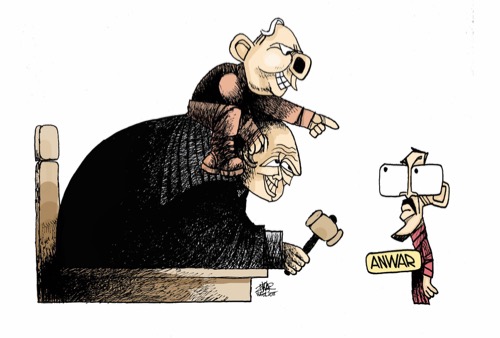 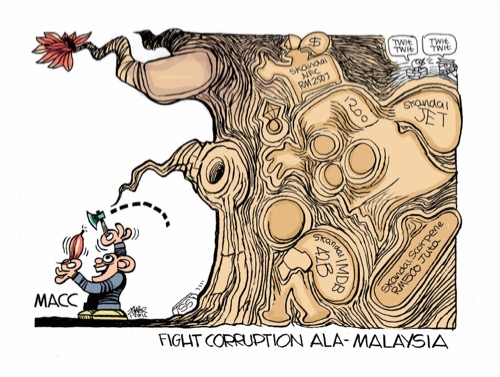 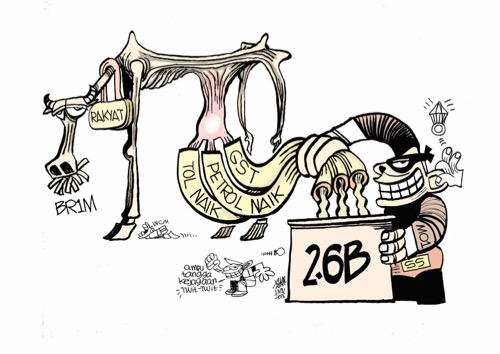 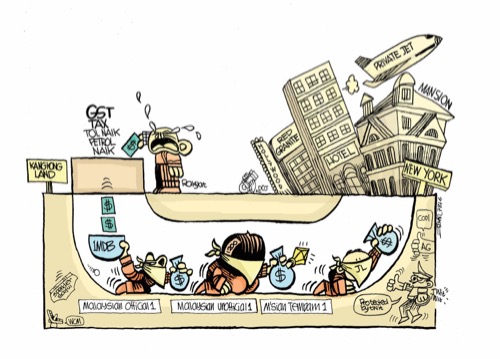 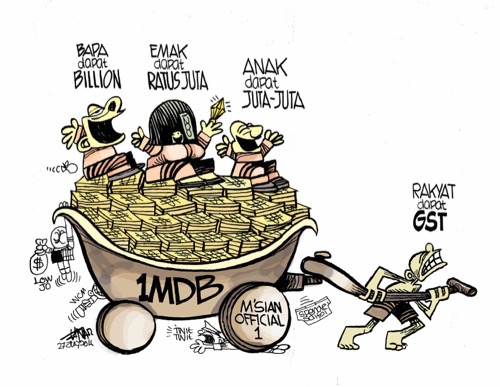 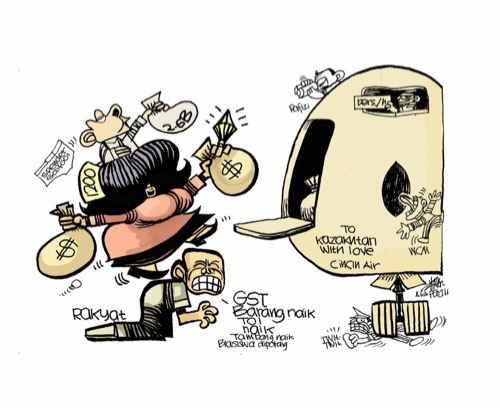 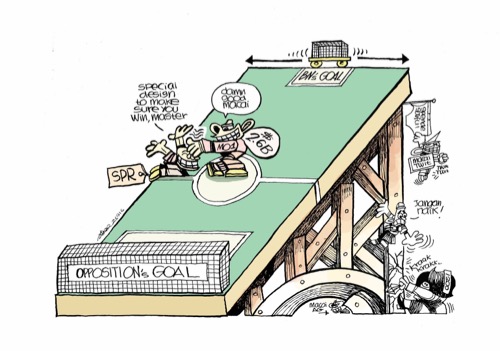 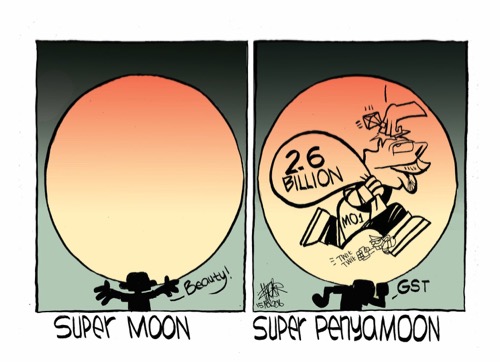 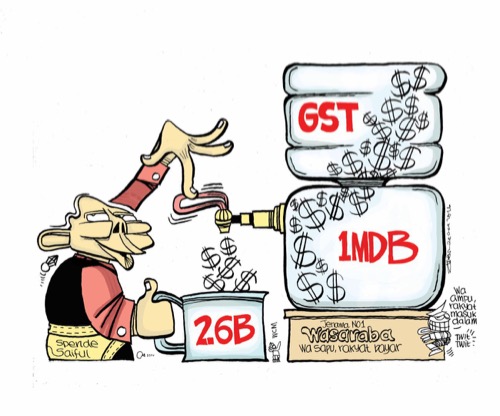 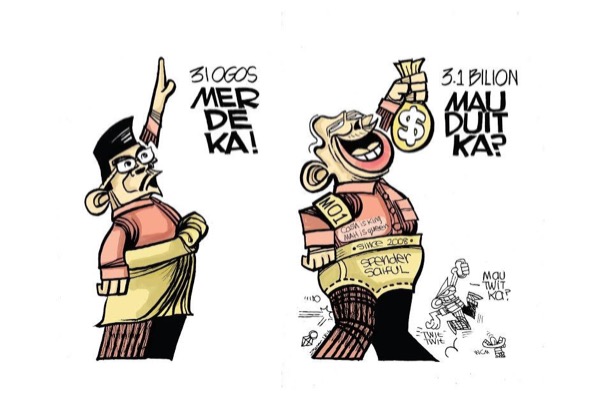 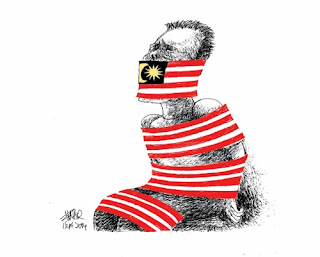 All of the above are drawn by a human in the harrowing situation of the cartoon to the right of us.

And yet he has no hesitation, to quote his self-portrait in which he draws the first lady in spite of his threefold chains on his hands, neck and legs, i.e. the Sedition Act, penal code and Printing Presses and Publications act. Still his shirt speaks up: Why pinch when you can punch? 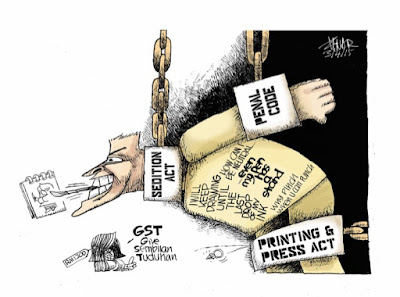 As ruled by Zunar his cartoons must be spread as much and as widely as possible.