A few corners from me you will find what was once the butchers' central market in Copenhagen from where meat was distributed all over town. Today art galleries have edged themselves into many parts of this stark white enclave of buildings erected 1931-34. A stark hygienic white with lines so sharp it almost hurts.

Thus the perfect place for the imagery of the humiliation and butchering of man as given us by a graffiti artist around 2009. Possibly an Iranian, judging from the woman's scarf, as suggested by the Syrian Tarek Alghorani.

Tarek was a writer, blogger, imprisoned 2005-11 by the Assad-regime and he is now in Tunisia, encouraging the use of graffiti as an activist art form and documenting the voice of the street. His own voice has the poetic precision of the artist, and below are fragments of our discussions of walls - the very symbol of the power that had them built and how they were consequently the first to be conquered. They had to be conquered.

The drawings below can be found at Høkerboderne. They are meticulously laid out in coal, breaking the white of the wall and by now silently fading into them. The words are Tarek's own: 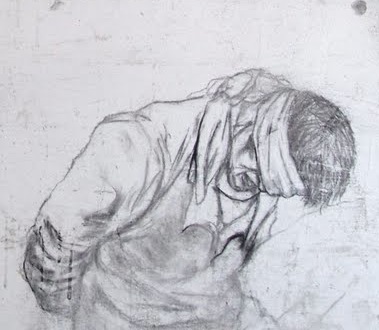 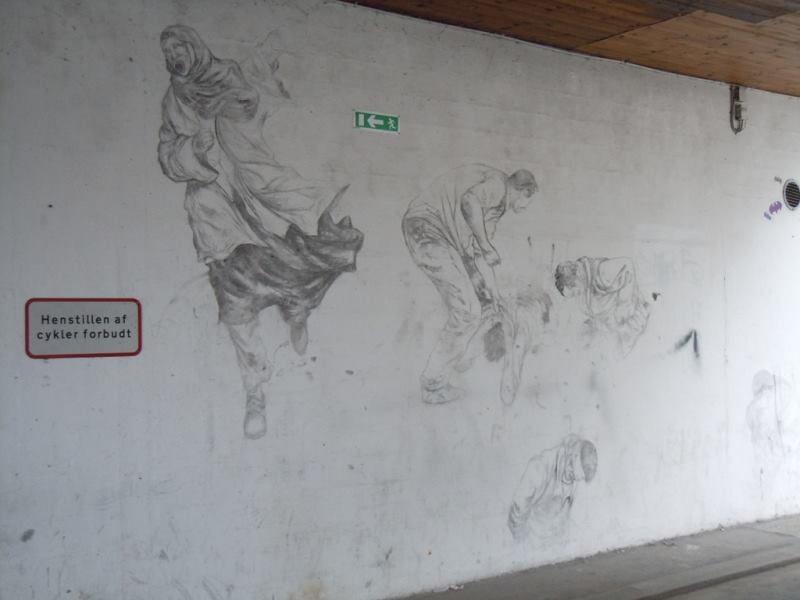 In Syria, ruled by one party for more than 50 years
Everything became one

When one president died, his son took over
Everything was one
Even the colors
Graphics
School books
Essays 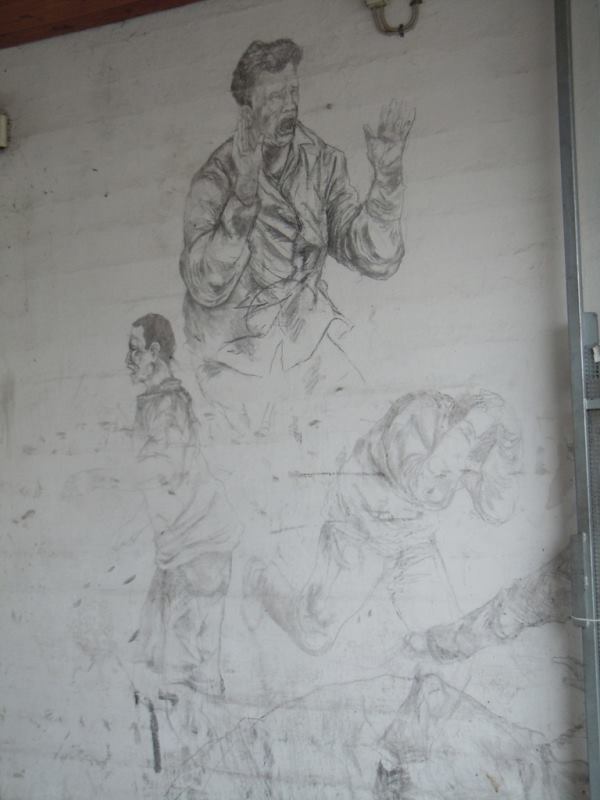 Pictures...Whatever
Grafitti Photography
as you are angry
I was browsing the art on the internet
I did not listen to music
Only the classic tracks and I did not know why
A year ago, when I was feeling nervous
I went out and used my camera
I photographed everything 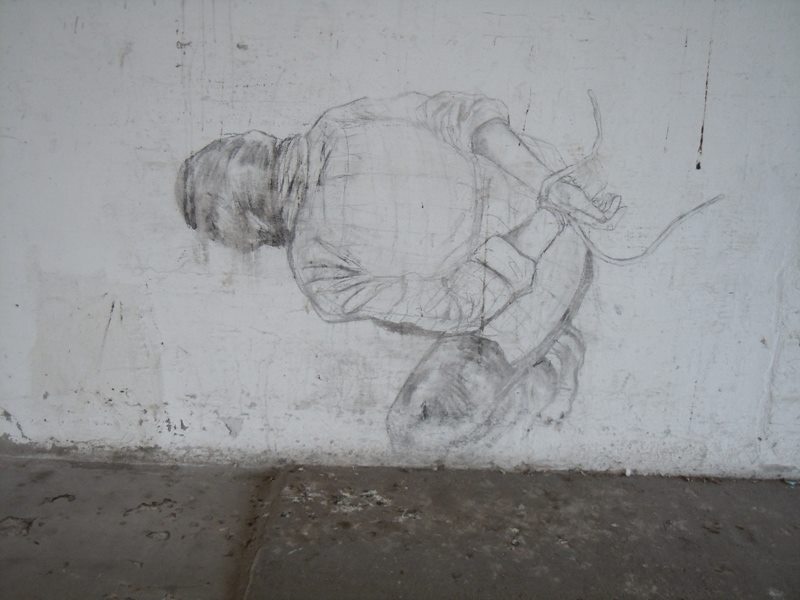