The Creation of a Now


"Cities (...) believe they are the work of the mind or of chance, but neither the one nor the other suffices to hold up their walls, You take delight not in a city's seven or seventy wonders, but in the answer it gives to a question of yours

Or the question it asks you, forcing you to answer" 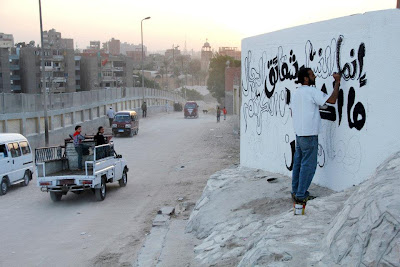 Does the world exist outside our minds? 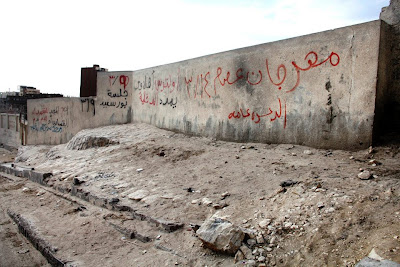 In the vein of the Invisible Cities by Italo Calvino, Brigades Mona Lisa cut through the answers posed them by Cairo. Instead they open new questions to a non-existant place. A corridor: 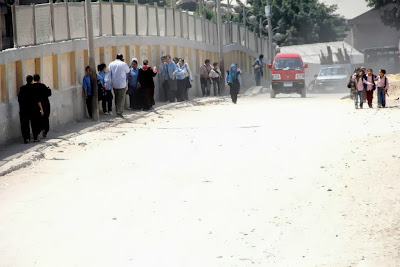 Not just an abandoned place, but one that never was. That piece of road from one place to another, places with significance to themselves, not extending to the road in between.

But transgressing takes time, in which we are physically present. Nor is it to be negated as the transgression is a necessity per se to reach a goal intended. Instead The Brigades Mona Lisa delineate the movement, creating a decoration in the vein of a triumphal arch. A piece of architecture that comes to life the very seconds it takes the persons or the parade, it was intended for, to pass underneath.

They have created a now in time and space. 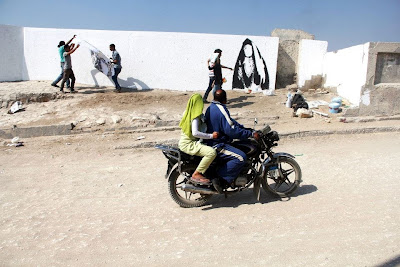 The whitewash of the wall made an immediate difference. The use of a stencil sped the process, even if it was of a massive size not that easy to handle. A scenery already creating a focus, not quite safe to the traffic. 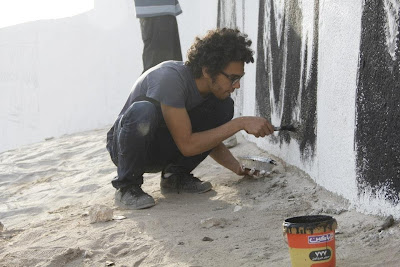 Please click the photos for all details - there is a difference from stencil to the finished subject, the repetition of a veiled, majestic woman. Not unlike a certain lady herself: 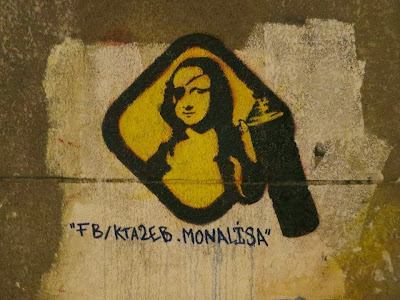 The transferred stencil can seen clearly below with lines extending along the bridge of the nose and in a triangle from the right eye. Those lines have been painted over in the finished mural. It seems that she was intended to have at least one more colour, only once she was on the wall the single black/white-combination gave her distinction in the sunlight.

Instead she was given an archway for an eyebrow mimicking the eyepatch of Mona Lisa. Back to base, so to speak. 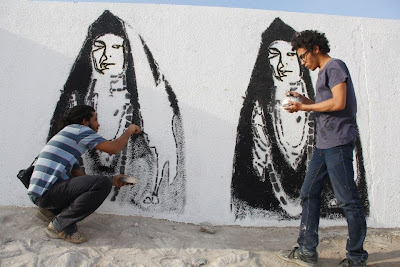 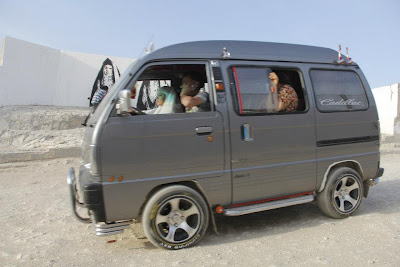 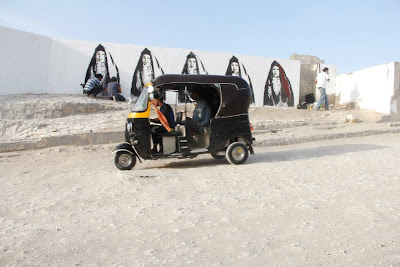 Interaction of the direct kind, inspiring the next generation. I do so hope the girls see a role model in the Mona Lisa-artist before them! 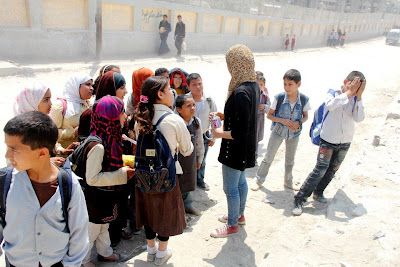 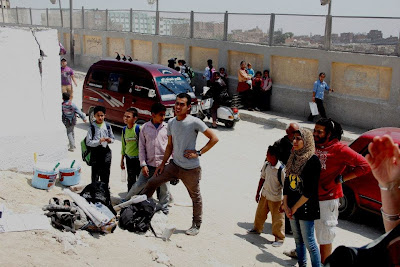 And for once the trimphal arch was not created for a ruler, but for everyone every day, a focused space rather than a conquered one.

Speaking of focus, Mona Lisa was created to be seen in concentration. In the street, the motif is glimpsed while passing by, and so by repeating her along the length of the wall, she will be concentrated into one woman of majestic pose: 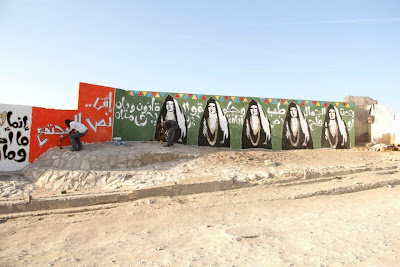 The outer section of the wall was given a quotation with the word "Women" highlighted in gold, as translated to me by Tony Daoud:

A "hadis charif", something said by the prophet Mohammad, but not mentioned in the qoraan, it says something like: 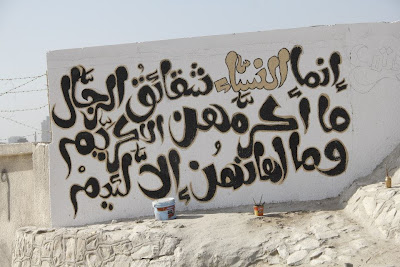 And if that is not a morale? - posing here wet paint-brushes.

The mural was made possible through the project Women on Walls on the initiative of Mia Gröndahl and Angie Balata. All photos are courtesy of Brigades Mona Lisa and thank you, Tony, for the translation!